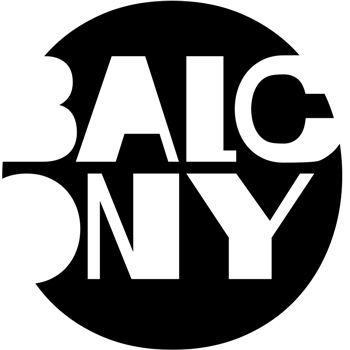 For its new spring collection, the creative team of MALZKORN has taken a close look at life with a BALCONY in about 40 motifs. Having grown out of the profane idea of an architectural extension of living space, it serves this collection as a form-giver, color-carrier, storyteller, political issue and rarity in many respects. This component extends private into public space and vice versa. Who’s inside, who’s outside? Who looks in and who looks out?

Graphically, the thematic diversity around the „BALCONY“ is categorized in various (residential) blocks, animated by the individuality of imaginary residents such as Mrs. Baker, The Artist’s Sister, The Angry One and many more.

Graphic samples fill geometric forms, floral motifs remain „behind the beam“, political slogans tumble over balustrades, and a full moon – in the double sense of the word – appears twice.

// Flowers, cats and revolutions. Man in the moon, moon in the man. So private, so public, so inside, so outside. // Inspired by a remarkable living space, we have designed this graphic collection for spring 2019. A visual excursion up to the spirit of „live and let live“. Blocky compositions in pop-bright colors: This is BALCONY, this is SPRING 2019. //

For the presentation in the Cologne pop-up gallery „K49“, the collection was extended by an own BALCONY sound design.

Claudia and Thomas Malzkorn founded the Cologne-based creative agency in 1993 and have been working successfully on all analogue and digital platforms with their team ever since. Its customers include well-known companies, institutions and artists – both national and international – with whom the agency maintains long-standing relationships.

In addition to creating individual communication and design solutions for its customers, MALZKORN has been active in an interdisciplinary manner in its own publications including magazines, art editions and campaigns since the first days of its existence.

With this Spring Collection 2019, the Cologne-based creatives are for the second time in a row taking on „an intrusive theme in a seasonal context“.